When an act of violence is alleged between certain people who share a household or who have shared a household, it is considered “domestic violence.” Like any criminal accusation, claims of domestic violence can result in penalties, like time in jail and significant fines. Hiring a highly experienced domestic violence lawyer can ensure all of your rights and your future are protected.

However, there are other consequences associated with these charges. A mere accusation of domestic violence can result in a protective order, which will severely curtail the accused’s ability to live his or her life. There are special penalties that come with a conviction. For instance, a person who pleads or is found guilty to any domestic violence charge, even a misdemeanor, will lose his or her right to possess a firearm for life under federal law.

During this altercation, the office within the home was destroyed as was the home compute rand there was evidence consistent with the allegation that our client did in fact assault her husband with a deadly weapon.Meltzer & Bell performed a pre-filing investigation and handed over affidavits and photographs that placed these allegations into question and no charges were ever filed against our client.
>>> Read More Domestic Violence Case Results

If you have accusations of any sort of violent act, including assault, battery, or stalking, against a family member or loved one in Broward County, it’s important that you act immediately. A permanent restraining order may be issued within a matter of days. Contact a skilled Fort Lauderdale domestic violence lawyer to begin work on your case.

At Meltzer & Bell, we represent clients who face accusations of spousal abuse, child abuse, and any other crime that would be classified as domestic violence. We respond to calls 24 hours per day, seven days per week.

Criminal acts that fall under the state’s definition of domestic violence are found under Florida Statutes Annotated § 741.28, which defines the term for family violence cases in 17th Judicial Circuit courts in Fort Lauderdale and Broward County. Domestic violence, under the law, means any one of several offenses that may occur between people who have a certain relationship.

Although Florida does not yet recognize marriage equality, people in same-sex relationships may face charges and be convicted of domestic violence.
In addition, Florida law covers dating violence. Dating violence is defined in Florida Statutes Annotated § 784.046(1)(d) as an act of criminal violence occurring between two people who have shared a significant romantic relationship within the previous six months.

There are several different charges listed in the law. However, it ultimately covers any criminal charge that results in physical injury or death. Charges that could result in domestic violence charges, both listed and unlisted in the statute, include: 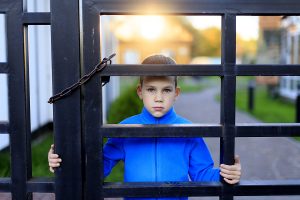 Under Florida Statutes Annotated § 827.03, a person may be charged with any of the following crimes pertaining to children:

Child abuse charges do not need to occur between parent and child or any other relationship covered under domestic violence law. However, when they do, the accused may face a restraining order that prevented him or her from seeing his or her child.

A person making an accusation of domestic violence may file a petition for a protective order under Florida Statutes Annotated § 741.30 or 784.046. At that point, the judge may decide whether to issue a temporary order. In most cases, he or she will grant it. This is decided in an ex parte hearing, meaning the accused is not able to be represented.

Within 15 days, the judge must set a hearing for a permanent order. At that hearing, the accused can be represented by a Fort Lauderdale criminal defense lawyer from Meltzer & Bell.

If you have been accused of any type of violence against a family member or person you have dated in Broward County, it is important to act fast. A dedicated Fort Lauderdale domestic violence lawyer from Meltzer & Bell can represent you both in protective order hearings and in any criminal proceedings that follow. Call us now at (954) 765-6585 to schedule a free consultation.