Illegal drugs in the United States are classified into five groups called Schedules under the Controlled Substances Act. Florida law essentially uses the same schedules, and heroin is considered a Schedule I controlled substance under both federal law and Florida Statute § 893.03. This means that possession of even a small amount of the drug is a felony offense. An alleged offender may be subject to a lengthy prison sentence and substantial fines. Contact an experienced heroin charges lawyer before speaking to authorities to protect your rights and your future.

Have you been charged with heroin possession in Florida? You will want to make sure that you have experienced legal representation as soon as possible.

Types of Heroin Charges in Florida

Some of the heroin offenses an alleged offender may be charged within Florida include:

It is important to understand that even when heroin has been cut with another legal substance, Florida law states that “the weight of the controlled substance is the total weight of the mixture.” This means that the purity of the drugs that are confiscated is not a factor, and a person will be charged based on the total weight of any substance containing heroin even if a significant percentage is actually the cutting agent.

Additionally, a person may be charged with actual or constructive possession of heroin:

The general maximum penalties for convictions for heroin crimes in Florida depend on the specific classifications of the alleged offenses:

Trafficking in heroin is a more serious charge that may result in a mandatory minimum sentence and much steeper fines. The specific level of punishment depends on the amount of heroin the alleged offender is charged with possessing:

An alleged offender may be able to utilize any one of a number of defenses when he or she has been charged with any heroin crime in Florida, depending on the specific circumstances relating to his or her unique situation. Some of the possible defenses include, but are not limited to: 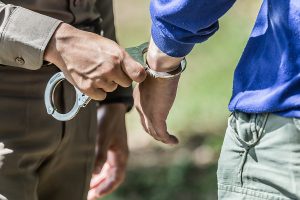 If you have been charged with any kind of offense relating to heroin, you will want to immediately seek legal counsel. Meltzer & Bell fights on behalf of people who have been accused of these crimes all over the greater Fort Lauderdale area, including Tamarac, Hallandale Beach, Plantation, Wilton Manors, Hollywood, Pembroke Pines, and Miramar.

Our firm defends clients in state courts as well as the federal U.S. District Court for the Southern District of Florida. You can have our heroin charge attorneys provide a complete evaluation of your case when you call (954) 765-6585 to take advantage of a free, confidential consultation with a criminal defense lawyer in Broward County.