When talking about drug crimes, people may think of marijuana, cocaine, heroin or other illegal substances. However, the United States has seen a rapid increase in prescription drug abuse throughout the last two decades. The use of painkillers, sedatives, stimulants and other prescribed medications as recreational drugs has increased dramatically.

According to the Center for Disease Control, 105 people die as a result of drug overdoses each day in the United States, and another 6,748 people are treated in emergency centers for the misuse or abuse of prescription drugs.

In Florida, it is illegal for someone to be in actual or constructive possession of prescription drugs unless they have legal permission, such as a prescription from a doctor. If someone is found to be in possession illegally, he or she could face criminal punishments including jail time, fines or both.

The team of criminal defenses attorneys at Meltzer & Bell is comprised of a former prosecutor and a former public defender who have experience dealing with drug-related crimes. Let them build a strong defense for your case.

Information About Prescription Fraud in Florida

According to Florida Statutes Annotated § 893.13, it is illegal to obtain or try to acquire any controlled substance by misrepresentation, fraud, forgery, deception or subterfuge. Prescription drug fraud can be committed in several ways, including:

In Florida, any effort to call in a fake prescription while pretending to be a doctor or a physician also would be considered illegal, as well as trying to fill a prescription made out to someone else without their consent.

The list of substances illegal to possess without a prescription includes: 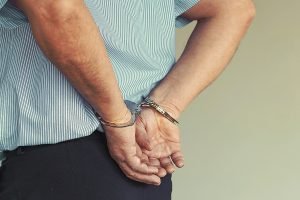 In Florida, obtaining a prescription through fraud, such as tampering with an existing prescription, is a third-degree felony, which also is punishable by up to five years in prison and a $5,000 fine.