If you’ve been charged or arrested for a DUI, hiring a competent, experienced Fort Lauderdale DUI lawyer is vital. Our law firm has over two decades of combined legal expertise representing DUI cases across Florida. We’re a client-driven law firm specializing in DUI defense with significant experience in the Fort Lauderdale and South Florida areas.

Our team will provide free case evaluation for your DUI charge and do everything possible to protect your rights and get you the best possible outcome in your case. We can help whether this is your first DUI or if you have prior convictions.

We’ve won thousands of DUI cases in Fort Lauderdale Fl and across South Florida. Not all Fort Lauderdale Fl DUI defense attorneys are created equal. Our lawyers aren’t looking to collect your money and settle your case. We’re looking to clear your name and are willing to fight and do everything possible to get you the absolute best outcome. Check out the stellar client reviews for our law firm, and give us a call today. We can help you, and our DUI lawyers look forward to your call.

Although DUI is mostly a non-violent crime, the state of Florida aggressively prosecutes those accused of driving drunk. In 2019, there were 32,127 DUI arrests in Florida, according to the Florida Department of Highway Safety and Motor Vehicles. Each of these arrests was accompanied by heavy penalties, including fines, probation, community service, DUI classes, possible alcohol monitoring, and even incarceration.

If you or someone you know has been charged with driving under the influence of an alcoholic beverage or controlled substance in Fort Lauderdale Fl, hiring legal representation to manage your DUI defense is a very prudent decision.

A DUI conviction in Florida can severely affect your time, finances, relationships, and insurance rates, with serious consequences for your future. If convicted, you may not be able to drive, and you may be forced to pay thousands of dollars in fines and even be forced to spend time in jail or prison. That is why we highly recommend you secure an experienced DUI attorney as soon as possible to protect your driving privileges.

Dedicated Fort Lauderdale DUI criminal defense attorneys Lawrence Meltzer and Steven Bell are available to assist you 24 hours a day, seven days a week. Call Meltzer & Bell today on (754) 755-8554 to schedule your free consultation with our law firm. We will provide you with an experienced DUI attorney that can help prepare the very best defense for every situation, from a car accident under the influence to DUI manslaughter or related domestic violence charge.

Overview of DUI Charges in FL

What Does Florida Define as Driving Under the Influence (DUI)?

It’s illegal, as in all fifty states, to drive under the influence of alcohol or drugs in the state of Florida. Florida Statutes Section 316.193 defines driving under the influence as any driver who is found in actual physical control of a vehicle and has a blood alcohol concentration (BAC) of .08 or higher or doesn’t have normal use over their physical and mental faculties.

You might be confused about what the term “actual physical control” means. Essentially, if it’s shown that you had the capability to drive in court (even if you aren’t actively driving), then you are considered in actual physical control of your vehicle. This means you could be convicted of DUI even if you were never driving the motor vehicle in the first place.

For example, if you were found at the wheel of the car intoxicated with the keys in the ignition, then you could be charged with DUI. That is because you were intoxicated, and you were in “actual physical control” by having the keys while being within the car.

The court uses the following factors to determine whether a person is in actual physical control of the vehicle or not. 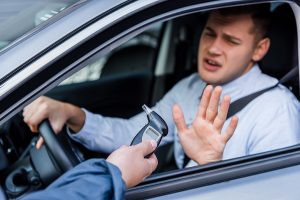 Florida’s law enforcement utilizes several methods to determine what a person’s impairment level is. Generally, a law enforcement officer will use one of the two testing types when they are attempting to collect evidence of a person’s intoxication. These are field sobriety testing and chemical DUI tests such as breathalyzers, blood analysis, or urine analysis.

Field sobriety testing is the less reliable of the two to calculate a person’s impairment level. It involves a series of physical exercises which use the officer’s subjective reasoning to determine whether a person is under the influence or not. Although officers use multiple kinds of field sobriety testing, only three have been standardized by the National Highway Traffic and Safety Administration (NHTSA). These three are the only field sobriety tests whose results can be utilized in a court of law as evidence.

The Three Field Sobriety Tests Standardized by the NHTSA include:

Nystagmus is the phenomenon when a person’s eye twitches due to being under the influence of drugs or alcohol. Law enforcement will measure your eyes by using a horizontal gaze nystagmus test to determine if your nystagmus is in effect. A police officer will put an object 12 to 15 inches away from your nose as a stimulus. They will then sway it back and forth for a period of 30 seconds. If your eye twitches or has issues tracking, it may be a sign of intoxication.

Police officers will test your balance with a one-leg stand to see if your physical faculties have been affected by alcohol or a controlled substance. You will be asked to stand on one leg about six inches off the ground and count while standing on one leg for 30 seconds. If you struggle to keep balance or fall as a result, then the police officer may believe you’re intoxicated.

Chemical testing is used by law enforcement as a scientific method of proving if a person is under the influence of alcohol or drugs. All of these tests measure your blood alcohol content (BAC) by using biosamples supplied by the offender. A chemical DUI test is one of the most valuable pieces of evidence to the prosecution in a DUI case. Field sobriety testing results can be vague, and it is hard to argue their validity in court. However, chemical DUI tests are concrete scientific pieces of evidence that prove your intoxication. That is why many criminal defense lawyers recommend that their clients refuse chemical testing when they have been pulled over on suspicion of driving under the influence.

The following are the three chemical tests officers may ask you to submit if you have been stopped for DUI.

The most common chemical testing is breath analysis, which can be measured by a breathalyzer at the station or with a portable breath test at a DUI stop. However, PBT devices are much more prone to error than full-sized breathalyzer models. Breath analysis can be controversial since blood alcohol concentration (BAC) is difficult to determine with a breath sample.

Officers may ask you to submit to a blood draw, especially if you are under the influence of a controlled substance. Blood tests are the most accurate out of all chemical testing but still have some flaws. A blood test sample can be contaminated or improperly stored, which can lead to false BAC (blood alcohol level) results.

Sometimes officers will ask you to submit to a urine test instead of a blood or breathalyzer test. Urine analysis is incredibly controversial because drugs can remain in your system longer than 24 hours due to the number of terpenes they may have. For example, if you have consumed marijuana, the drug may stay in your body for up to three weeks. Long-term positive results can happen even if you aren’t a chronic cannabis user.

What Are Implied Consent Laws in Florida? 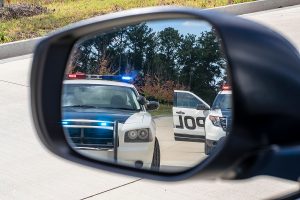 To reinforce DUI testing, the state of Florida implemented “implied consent laws.” These laws are found under Florida Statute Section 316.1932 and state that if any person uses Florida’s public roads, then they are implicitly giving their consent to chemical DUI testing by law enforcement. Violating these laws will result in immediate administrative consequences.

Refusing chemical testing will lead to an automatic administrative suspension. You will receive a “Notice of Suspension” after your DUI stop and have up to 10 days to file for an administrative license revocation hearing (ALR hearing). Failure to act will result in your driver’s license being administratively suspended for up to 12 months. If you file for a hearing, then you will have a chance to contest your suspension with a robust DUI defense delivered by an experienced Florida criminal defense attorney.

Should I Refuse a Breathalyzer Test or DUI Testing?

Despite implied consent laws, many attorneys will still suggest you refuse chemical testing. It’s been shown that failed chemical DUI tests have happened in the past due to simple human error. Factors such as a bad chain of command, faulty testing machines, and poorly trained lab staff can all lead to false BAC results. This is especially true for breathalyzer testing, which can be skewed by something as simple as taking cough medicine.

If you refuse chemical testing, you could possibly end up in handcuffs. Officers can arrest you if they have probable cause that you’re driving under the influence of drugs or alcohol. Some police officers will take your refusal as reasonable grounds for arrest. Although an arrest is never a pleasurable experience, it may be the best option in that scenario.

If you don’t submit to chemical testing, then the prosecution will have little to no hard evidence against you. Instead, they will be relying on objective evidence from the officer and testimony from eyewitnesses. It’s much easier to convict a person of DUI if there is scientific proof of inebriation. Without it, the prosecution’s case can look pretty weak to a jury.

Since an arrest is temporary and a suspension is fixable with an ALR hearing, it can be the best decision to refuse to test. You may be arrested and booked for a short period, but you won’t have to deal with the stress, financial struggle, and penalties surrounding a DUI conviction.

What are the Penalties for Driving Under the Influence in Florida? 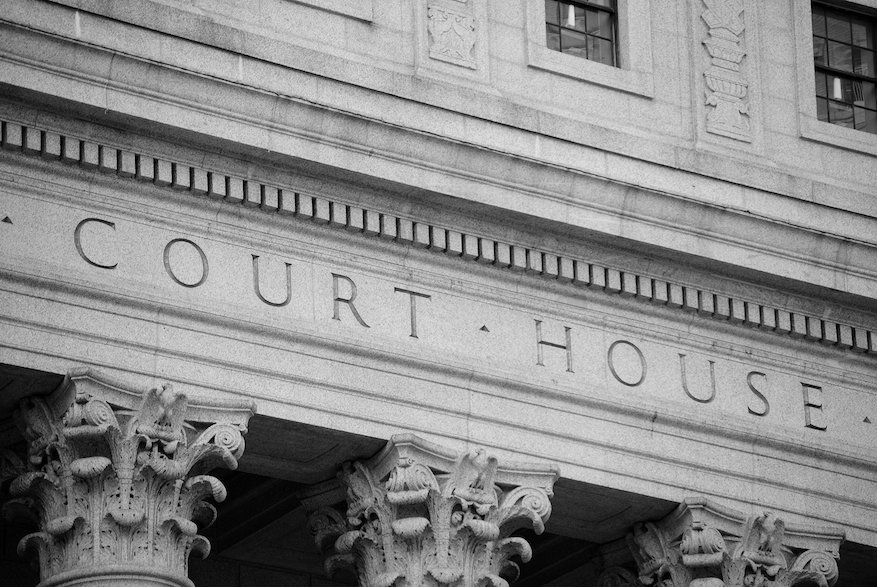 If you have been arrested and charged with DUI anywhere in Broward County, Florida, contact a Fort Lauderdale DUI defense lawyer at Meltzer & Bell law offices. The lawyers at our law offices have more than two decades of experience defending clients just like you who have faced DUI charges in the Fort Lauderdale area.

After a DUI arrest by the Florida Highway Patrol, the Broward County Sheriff’s Office, or any other law enforcement officers in Florida, call us at Meltzer & Bell law offices to discuss your case in further detail. Our law firm can immediately begin your DUI defense today, and Lawrence Meltzer and Steven Bell always ensure that we have a qualified criminal defense attorney who is available 24 hours a day, seven days a week, to assist in Fort Lauderdale and South Florida. Call Meltzer & Bell law offices at (754) 755-8554 to set up a free consultation.

Call us today at our Fort Lauderdale Fl law office