Home » How Much Jail Time Can I Serve For Drug Trafficking? 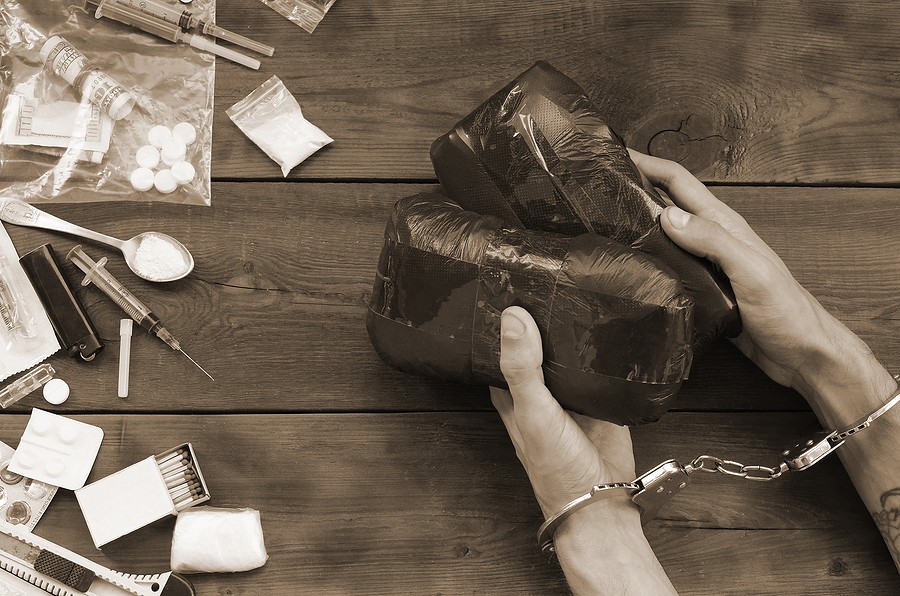 Drug dealing is a serious offense in Florida and the entire United States. Drug use causes a lot of social and health challenges that have seen the government instill harsher laws and penalties for drug offenders. While you can be charged with several drug offenses, drug trafficking is the most serious and one that carries the harshest penalties.

And besides being the most critical drug-related offense, drug trafficking also tends to be misunderstood. Most people assume drug dealing and drug trafficking are the same thing and that these offenses are usually committed by dangerous criminals. But this is not usually the case. Anyone can be a drug trafficker even with no previous criminal record. And the penalties for this crime can be damaging. From heavy fines to lengthy prison sentences to travel restrictions, it’s an offense that can spell doom for you. Read on to learn what the law says about this criminal offense and how much time in jail for drug trafficking you could serve.

Drug trafficking offenses are sometimes called drug distribution charges. It entails much more than merely possessing illegal substances. It can also mean producing, buying, selling, or delivering the said controlled substances. As such, a drug trafficking charge may include drug possession, purchase, distribution, and sale of prescription drugs like painkillers, opioids, and hydrocodone.

Of all the above drug-related charges, trafficking is the most serious and is considered a felony in both Federal and Florida State laws. There are federal laws that regulate drug offenses besides state laws. In Florida, drug trafficking is a first-degree felony.

Apart from the purchase, distribution, and production of controlled substances, the weight and sizes of such drugs are other crucial factors determining the extent of the charges you could face. Since possession and trafficking are two separate charges, the amount found in your possession determines the penalties you’ll receive.

If you’re found in possession of drugs that exceed the standard amount specified by the law, you’ll be faced with distribution charges. That means you can be convicted of drug trafficking offenses even if you do not necessarily manufacture, buy, sell, or deliver such controlled substances. While these charges may appear extremely harsh, they are intended to help curb drug crimes by discouraging people from getting involved in any form of drug activity or drug trafficking. Here is a summary of what you should know about drug trafficking:

Is Drug Trafficking A State Or Federal Crime?

As we have seen, drug laws fall within state and federal jurisdictions and can be charged on both levels. Congress determines drug trafficking regulations while states model their drug rules and policies from those set by Congress. That means drug trafficking is both a federal and state criminal offense, and the charges are determined based on quantity. Larger drug quantities come with harsher federal penalties. Now while low amounts may not necessarily attract federal investigations, you can still face federal charges. This happens if you transported the controlled substances across state borders or were arrested by a federal officer. It also applies if the case involved other federal crimes like money laundering.

Given that drug trafficking charges are complex, and you could face a possible jail term, you must understand the crucial factors determining your case. They include:

The moment you are caught and arrested for being in possession of controlled substances, the first thing the arresting officer will do is determine the amount you have in your possession before bringing charges. The specified drug amount depends on your state and the type of drug you’re found with. For example, in Florida, more than 25 pounds of marijuana and more than 300 pounds of marijuana plants are considered trafficking. This is different from cocaine which is a minimum of 28 grams.

Possession is crucial when determining drug trafficking charges. However, it’s not a sufficient reason for a conviction. Besides assessing the quantity of drugs found in your, you must also prove that the offense was not deliberate, meaning you had no intention to possess the drugs.

For instance, if you borrow a car and find more than five kilograms of controlled substances stashed in the dashboard, you cannot get a conviction despite being found in possession. That’s unless the authorities can prove that you knew about the drugs and were deliberately in possession of the same. If the state can prove otherwise, you’ll get a drug possession charge.

One thing that makes drug trafficking charges complex is that people assume you must participate in other drug-related activities like manufacturing, sale, or purchase of said drugs to be charged with trafficking. However, willing or intentional possession of any amount that’s higher than the specified quantity qualifies for a trafficking charge. 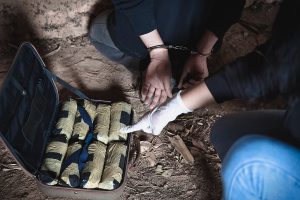 Although drug-related crimes, especially drug trafficking, come with harsh penalties, there’s at least some minimum mandatory sentencing that every offender must face. This means that despite the court sentence, you must serve a mandatory time in jail before you can be assessed for parole. So let’s say in Florida, the mandatory sentence is three years, and if you were handed a twenty-year sentence, you must serve at least three years in prison before you could be considered for parole.

In other instances, the prosecuting attorney will offer you a plea bargain to acknowledge that you are guilty of the charges brought against you. In exchange, you’ll receive lesser charges, such as a probation sentence with additional conditions.

Once you’re sentenced to probation, you’ll be required to report to a probation officer who’ll be monitoring your movements and activities. If you need to travel outside the state, you must clear with the probation officer. You’ll also sign an agreement not to involve yourself in drug-related activities and participate in random drug screening. Probation can last for 1-3 years.

Hefty fines are often used as a means to discourage drug involvement and curb crime. This rule applies to both state and federal charges. State fines typically range from $25,000 to $100,000 or more. On the other hand, federal drug trafficking fines can be as high as 10 million dollars or more.

So How Much Jail Time for Drug Trafficking?

Even if it was your first time receiving a drug trafficking charge, you’re likely to go to prison for at least 12 months. Depending on the magnitude of your case, you can be locked up for as long as ten years. You might even receive a life sentence.

Loss Of Rights And Privileges

Apart from the natural and fundamental human rights, there are other rights a citizen of the United States qualifies for. For example, on attaining the age of 18 or meeting other specific criteria, you may be eligible for student loans, government scholarships, and the right to own a firearm. However, a drug trafficking conviction is a felony that robs you of these rights so that you can be disqualified. You may also not be able to exercise your electoral rights to vote. However, these rights may be restored to you after some time and especially after meeting the court-imposed conditions. But you can still lose your rights altogether if you’re charged with other serious felonies.

According to Worldometer, billions of dollars are spent annually on drugs all over the world. From such figures, it shows drug lords and dealers make millions in profits meaning the drug industry is a lucrative one. Once convicted, the government will go after your assets and all property acquired through drug trafficking.

If you’re not a US citizen who migrated to the country for scholarship, tourism, or business purposes, drug trafficking charges can see you deported with immediate effect. The same rules apply to potential immigrants to the US. Even if they have relatives living in the country, such people may not qualify for permanent visas or citizenship.

Do You Need A Drug Crime Lawyer When Facing Drug Charges?

Yes. Legal representation is vital, considering how harsh the penalties for drug trafficking are. It would be best if you prepared for winning legal defenses to avoid a more powerful conviction, exceptionally long prison sentences, and hefty fines. An experienced drug crime lawyer with previous experience handling complex drug trafficking cases will be your only solution. They will help you understand the law, the charges you’re facing, the potential penalties, and winning strategies to have the penalties lessened or obtain a dismissal.

Find A Drug Crime Lawyer Near Me

Without expert legal representation obtaining a positive outcome of your case will be near impossible. Go for an attorney with a proven record to boost your chances of dismissal. Our attorneys at Meltzer & Bell, P.A. DUI & Criminal Trial Lawyers, have two decades of experience handling drug-related cases with high success rates. We serve the greater Southeastern Florida, including Fort Lauderdale, West Palm Beach, Miami, and other surrounding areas. Contact us today at (954) 765-6585 to discuss the details of your case.