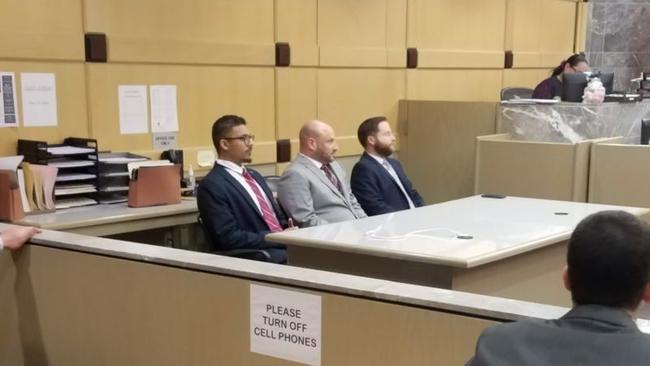 Meltzer and Bell, P.A. had the tough task of defending a young art student and tattoo artist with no prior criminal history, Tyler Kersting. The charges arose from a traffic violation that left one of his passengers paralyzed and with life changing brain injuries. Mr. Kersting, a college student at the Art Institute of Fort Lauderdale, was initially offered a plea of 28 years before trial. After the verdict Mr. Kersting still faced a maximum sentence of 15 years in prison.

Meltzer & Bell, P.A. filed a motion for downward departure from the sentencing guidelines and always believed that Mr. Kersting did not deserve to be in prison based upon his lack of criminal history; that his crime was committed in an unsophisticated manner; and for which he showed a great deal of remorse. At the sentencing hearing, Lawrence Meltzer of Meltzer & Bell, P.A. zealously advocated for Mr. Kersting and after the 5-hour hearing, Tim Bailey, a Broward Circuit Judge, agreed with the defense and granted the motion for downward departure. Mr. Kersting was sentenced to only 1-year house arrest and 4 years probation.

This huge win is attributed to the diligent work and zealous advocacy of the attorneys at the law firm of Meltzer and Bell, P.A. The law firm believes that the justice system is designed to be fair and that every defendant is afforded the right of due process.

Mr. Meltzer and Mr. Bell strongly believe in zealously defending all of their clients’ rights and are extremely pleased that Mr. Kersting received a fair and impartial trial as well as sentence. At the conclusion of the sentencing hearing, Mr. Meltzer stated to the South Florida Sun-Sentinel, “This was a tragic case for everybody, but I think the judge made the right call here and I’m grateful to him for it”. The firm feels that the jury ruled correctly and that the sentence and treatment of the defendant by judge Tim Bailey was commiseratively in light of the evidence and the jury’s verdict. Because of the vigorous work of Meltzer & Bell, P.A. Mr. Kersting now has an opportunity to repair his life. The legal team at Meltzer and Bell are ready to vigorously defend others that are in need. Meltzer and Bell, P.A. defends those accused of crimes in Fort Lauderdale, West Palm Beach, and the surrounding areas and always strives for the best possible result for its clients. To learn more about the case visit the Sun Sentinel.