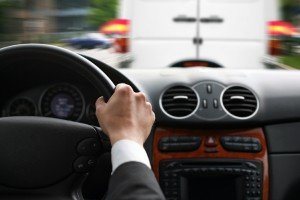 The practice of police and other law enforcement having a quota of traffic tickets to write is now forbidden in the Sunshine State. Senate Bill 264, unanimously passed by the Florida Legislature earlier this year, is now in effect.

The law, called the “Waldo Bill” after the Florida town notorious for its status as a speed trap, prohibits any law enforcement agency from creating a “traffic citation quota.” A quota, for example, would instruct officers that they much write a certain amount of tickets – most often speeding tickets – per day, week or month.

For many towns, cities and counties, issuing traffic citations is not a way to create a deterrent to unsafe driving. It is a revenue source, in which the local police or sheriff’s office writes tickets to collect fees, which then go to county coffers. It is a troubling paradox: The law is supposed to discourage this kind of behavior, but the government that is supposed to enforce these laws relies on people to break them in order for it to function.

Under the new law, cities and counties will need to look for another way to raise revenue. The law also includes a red flag provision: If the revenue from traffic citations consists of a third or more of a county’s or municipality’s budget for law enforcement, that government must submit a report to the state detaining their revenue and expenses.

Cities and counties have largely adopted the attitude that they can treat traffic citations as a cash cow because too few people actually challenge their speeding tickets.  Anyone cited or arrested for any traffic offense can hire a speeding ticket lawyer and fight to get the citation or charges dismissed.