Home » What is the Punishment for Filing a False Police Report?

One of the first steps in the justice process after witnessing a crime is filing a police report. The report contains the names of perpetrators, other potential witnesses, and any relevant information. All these are vital details that are used in criminal investigations. This means that the report should be candid and comprehensive. What happens when someone files a false police report? While there are consequences to filing a misleading police report, there are vital steps to take to navigate the charges. It all starts with understanding the process surrounding filing false police statements.

What is the Punishment for Providing a False Police Statement?

A person is guilty if they knowingly provide false statements. They could be found to have committed a felony or misdemeanor. The extent of obstruction of justice determines the penalty. Penalties attracted by filing false reports vary from state to state. Most states treat the offense as a misdemeanor. However, additional charges can be tied to the offense when a person is guilty. These include:

While all these are looming possibilities for false reporting, a reputable lawyer can just as easily beat the charges.

What are the Criminal Penalties for Filing a False Police Statement?

The charges for filing a false statement vary from one state to another. In California, for example, the California Penal Code Section 148.5 states that a person who knowingly misleads a law enforcement officer in a police report should be charged with a misdemeanor. A misdemeanor is an offense that’s less serious than a felony but more serious than an infraction. Many states separate misdemeanors into three categories.

Unlike state laws which have a flexible treatment for misdemeanors, federal treatment of misdemeanors follows strict guidelines. It’s worth noting that federal law treats misdemeanors as a crime of moral turpitude, meaning it can attract heftier consequences such as jail sentencing as opposed to a mere fine. The federal sentencing chart classifies misdemeanors charges as follows:

Remember, not all states treat the offense as a misdemeanor. Some states, such as New York, treat first-degree false reporting as a Class D felony. Class D felonies attract up to seven years in prison, $1000 in fines, and probation.

What is the Punishment for Filing a False Police Statement in Florida?

The prosecution should provide four elements that prove beyond any reasonable doubt the accused provided a false report. These include:

In Florida, a misleading police report is considered a first-degree misdemeanor as provided in Title XLVI chapter 837 section 775.082. It carries the following penalties:

What is the defense against false reporting?

A person accused of filing a misleading police report should not accept a plea without consulting a lawyer. Charges of false statements are highly defendable. The guidance of a competent lawyer will help find the best defense and create outcomes that minimize risk. Now that we’ve established how important a reliable lawyer can be to false police statement charges. Some of the defenses to a false police report include:

Why Would a Person File a False Police Report? 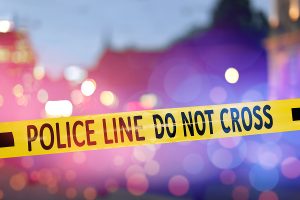 Providing misleading information is a serious crime; nonetheless, people often find themselves in situations that force them to provide false statements. There are several reasons why people give a misleading account of events to law enforcement officers. Some classic examples include:

Despite all the lawyer jokes we love, we need them for situations such as disputing false reporting charges. Getting a lawyer to help with the false police reporting charges is within your rights. Whether it’s a contract or property dispute, we have some questions we’d like to run by you before we can provide the best defense. Reach out today, and we will gladly discuss potential defenses for the charges.