Few criminal convictions have worse aftermath than one for a sexually related offense. They tend to carry heavy penalties, including lengthy prison sentences. However, being released from prison is not the end. Florida law also requires people convicted of certain sex offenses to register. That information becomes publicly available to potential employers, neighbors, friends, romantic interests, and anyone else in Broward County with internet access.

Sex crime charges are often based on false accusations, exaggerated claims, and misunderstandings. An experience sex crime attorney can challenge weaknesses in the case against you and seek the best possible result. 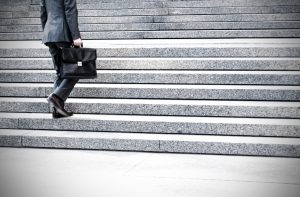 At Meltzer & Bell, we fight for the rights of people that have been accused of sexually motivated crimes. If you face sex crime allegations, you may feel like the world is against you. A Fort Lauderdale sexual offense lawyer from Meltzer & Bell will stand by your side. When you turn to us, you will have an experienced partner working for you — never an associate fresh out of law school.

The offense many people call “rape” is, under Florida Statutes Annotated § 794.011, called “sexual battery.” Sexual battery means that the accused caused the victim’s sexual organ, anus, or mouth to be penetrated by a sexual organ or any other object without the victim’s consent.

Consent is a critical issue in sexual battery cases. If the charges allege and prosecutors can prove that sexual battery occurred as a result of violence or threats of violence, then consent will not be considered given. Consent can also be denied if the victim was drugged, unconscious or physically incapable of giving consent due to disability or any other reason.

Additionally, a child younger than 13 can never give legal consent. It is not a defense to say the defendant was unaware of the child’s age. This is often called “statutory rape.”

Charges for sexual battery vary based on facts that the prosecutor can prove. Facts affecting the severity of the charge can include whether violence occurred, the age of the victim, the age of the defendant, the relationship between the victim and the defendant, and whether a weapon was used. Charges can range from a third-degree felony, with penalties of up to five years in prison to a capital felony, which can mean life in prison.

There are four different offenses under Florida Statutes Annotated § 800.04, that are considered “lewd and lascivious acts upon or in the presence of a person younger than 16″:

This charge is a second-degree felony. Under this charge, the defendant is accused of causing the penetration of the mouth, anus, or vagina with a victim younger than 16.

It is illegal to expose one’s genitals in a vulgar or indecent manner in any public place, on another person’s property or a place that can be seen from private premises. It is a first-degree misdemeanor under Florida Statutes Annotated § 800.03, punishable by up to a year in jail and a fine up to $1,000.

If accused, prosecutors must prove every element of this charge beyond reasonable doubt.

Any material that depicts a minor engaged in a sexual act is illegal. It is a third-degree felony under Florida law to sell, produce, distribute or possess such material.

Additionally, federal law, under 18 U.S.C. § 2252, bans the possession, distribution, and receipt of child pornography. Any time it is sent over the mail or crosses state lines, child pornography becomes a federal matter. This includes any time materials are send via email or downloaded off the internet.

If you face federal charges at the Fort Lauderdale U.S. District Court, your attorney must be licensed to practice in the Southern District of Florida. At Meltzer & Bell, we are licensed and experienced in federal practice.

The Sunshine State’s sex offender registration law is found at Florida Statutes Annotated § 943.0435. If a person is convicted of a number of offenses, including sexual battery, lewd or lascivious acts or child pornography, you will be required to register. Information about you and your conviction will be available to anyone with access to the internet.

Additionally, other restrictions will apply. For instance, you will not be able to live within 1,000 feet of a school, park, playground, or daycare center. The registration will also follow you from state to state.

Section 810.14, F.S., provides that a person commits the offense of voyeurism when he or she, with lewd, lascivious, or indecent intent, secretly observes another person when the other person is located in a dwelling, structure, or conveyance that provides a reasonable expectation of privacy. Voyeurism is a

Voyeurism is punishable as a first-degree misdemeanor for the first and second violations. Voyeurism can be charged as a third degree felony for third or subsequent violations.

Interviews with the Alleged Victims of Child Abuse or Sexual Abuse

The Chief Judge in Boward County, in accordance with the authority vested in the Chief Judge by Rule 2.050 of the Florida Rules of Judicial Administration, and pursuant to the provisions of Section 7, Chapter B4-B6, Laws of Florida, has entered an administrative order regarding interviews that young victims of child abuse or sexual abuse must submit to for law enforcement or discovery purposes and Section 794.011, 800.04, 827.03, and 827.04 and Chapters 39 and 415, Florida Statutes, when the victim is under the age of sixteen years at the time the interviews are sought.

For the purpose of this order, the term “interview” of a child victim of sexual abuse or child abuse means any procedure in which the child victim is required to provide a detailed account or demonstration of the nature and circumstances of the abuse after the filing of formal charges.

The word “interview” does not include a history obtained for the purposes of medical or psychological diagnosis or treatment; an initial contact with the victim by law enforcement or the Florida Department of Health and Rehabilitative Services to assess the validity of the complaint or need to take protective measures on behalf of the victim; nor the actual testimony itself.

No victim of abuse who falls within the age guideline of this order shall be required to submit to more than three interviews in the course of investigation and prosecution of an episode of abuse, except upon order of court as provided below. The Court intends that the three interviews be allowed to meet the needs of potential parties as follows:

Interested parties or agencies shall make every effort to gain all necessary information in the course of the same interview. Interviews shall be conducted in a setting and manner intended to minimize the traumatic effects of the interview on the victim.

Florida Sex Offender Registry: Users can search this online database, maintained by the Florida Department of Law Enforcement, to find people who have been convicted of sexually motivated crimes by name, neighborhood, university, email address or instant messenger handle.

Florida Statutes Annotated § 943.0435: This state law lays out the requirements and restrictions for people who have been convicted of a sexually motivated crime.

Finding an Attorney for Sex Crimes in Broward County, FL

Sex crimes have some of the harshest penalties on the books under Florida law. Your best bet is to have a skilled Fort Lauderdale sexual offense lawyer on your side. At Meltzer & Bell, we represent people accused of serious crimes, including sexually based offenses.

This article was last updated on Wednesday, September 22, 2021