In Florida, any shoplifting charge, no matter how low the amount of money the item costs, can result in jail time and a loss of your driver’s license. You can be charged with theft even if you never left the store with the merchandise, and store employees are permitted to detain you if they suspect you of shoplifting.

It is also possible that you can face threats of a lawsuit and demands to pay money to a law firm or collection agency, even if you do not get charged or convicted with shoplifting. Having an experienced retail theft attorney on your side could be critical to fighting criminal charges. 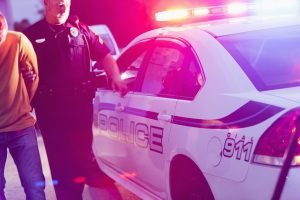 If you have been stopped by store security or arrested for shoplifting in Fort Lauderdale, Pembroke Pines, Hollywood, Miramar, Coral Springs, Pompano Beach, Davie, Plantation, Sunrise, Deerfield Beach, Weston, Tamarac, or any of the surrounding areas, take the important first step of your Broward County shoplifting defense strategy and contact Meltzer & Bell at (954) 765-6585 immediately.

If you are accused of shoplifting, you likely will be charged with theft under Fla. Stat. § 812.014, which generally covers anyone who knowingly obtains or uses, or attempts to obtain or to use, the property of another, including retail merchandise that one has not paid for, with intent to either temporarily or permanently deprive another of ownership rights or other benefits. Because the law includes the phrase “attempts to obtain or use,” you can be charged with theft even if you have not yet left the store or passed the checkout counter.

This includes obtaining property by lies, fraud, or trickery; for example if you switch price tags or place an expensive item in a box for a cheaper item before heading to the cashier.

Fla. Stat. § 812.015(3)(a) permits retail merchants and their employees to detain people if they have probable cause to believe that you are shoplifting.  However, they must immediately call the police to the scene after doing this.

Penalties for Retail Theft and Shoplifting in Florida

Depending on the value of the item or items, the charge could be considered petit theft or grand theft. Most shoplifting involves items that cost under $100.  This will result in a second-degree misdemeanor charge for theft, commonly called petit theft, and a conviction will include up to:

Shoplifting items valued at $300 or more will lead to felony charges, with the possibility of spending years in state prison, if convicted. You can be charged with a third-degree felony if you are accused of:

If convicted of a third-degree felony after being accused of shoplifting, you could face up to:

You can be charged with a second-degree felony if you:

If convicted of a second-degree felony after being accused of shoplifting, you could face up to:

Regardless of the value of the item or items shoplifted, you may also lose your driver’s license or be prohibited from obtaining one for six months after a first conviction or a year after subsequent convictions.  If your license already is suspended or you are otherwise ineligible for a driver’s license, the time period starts at the point when you would otherwise become eligible for a license.

In addition, a conviction of shoplifting or another form of retail theft will be considered a “crime of dishonesty or untruthfulness.”  This will show up on background checks run by employers and others and can have a very negative effect on your future employment opportunities. A shoplifting conviction, even if it comes at a young age, can prevent you from seeking a career in:

Thus, if you are a young person charged with shoplifting or another form of retail theft, doing everything you can to fight a conviction is likely a good idea, even if you are assured you will only receive community service or a fine and may be tempted to accept a conviction and move on with your life.

Many retailers have established a practice of collecting personal information from anyone accused of shoplifting  then turning this over to a collection agency.  The collection agency, which usually operates under the name of a “law firm,” will send form letters threatening to sue you if you do not pay them, and often follow this up with phone calls demanding you pay them money.  While the law firms or collection agencies sending the letters may not actually end up filing a lawsuit against you, the letters and phone calls still can be distressing.

This can happen even if you have never been convicted of shoplifting or gave the item back to the store.  Usually, the amount demanded by the collection agency is far more than the value of the item allegedly shoplifted.  For example, a 14-year-old boy who attempted to shoplift an $11 pair of sunglasses while visiting Florida received a letter demanding payment of $475, even though he had given back the sunglasses and performed community service.

In another case, a Florida man with an $8 package of drill bits in his pocket was accused by Home Depot of shoplifting.  He produced a receipt and prosecutors dropped the charges.  However, the collection agency already had his information, and eventually demanded more than $6,000 from him.  With the help of a Florida attorney, he filed a lawsuit against Home Depot and forced them to settle in his favor.

If you are receiving threatening, annoying or harassing letters or phone calls demanding money after a shoplifting accusation, an experienced Broward County shoplifting lawyer can help you fight back against the law firm or collection agency demanding money from you.

If you have been accused of shoplifting anywhere in Broward County, including in Fort Lauderdale, Pembroke Pines, Miramar, Coral Springs, Hollywood, Pompano Beach, Plantation, Davie, Sunrise, Weston and Wilton Manors, contact Meltzer & Bell. An experienced shoplifting defense attorney in Fort Lauderdale can assist you as soon as possible after being arrested. Call (954) 765-6585 today to schedule a free initial consultation.